Defence Bank says backing from ratings agency Standard and Poor’s (S&P) demonstrates the bank's ability to be nimble and innovative in a crisis, and the benefit of future-proofing the bank for its members.

Chief Executive David Marshall welcomed the decision by S&P to retain Defence Bank’s credit rating as BBB | Stable | A2 and its recognition of Defence Bank’s strong performance in exceptional times.

“S&P’s judgement shows Defence Bank has embraced the once-in-a-lifetime challenges of last year and got on with delivering better outcomes for members.

Their analysis shows we are achieving a sustained period of growth, which is helping more of our members across Australia move into their new homes.

“We never wanted to be victims to the impacts of COVID-19, and we embraced the opportunity to accelerate our people-led, technology-enabled strategy.

“Our wonderful people, a number of whom have strong family connections with the Defence community, continue to do the right thing for each other and our members day in, day out – they are not about to let each other or our members down."

The ratings agency recognised the “very strong capitalisation” of Defence Bank, along with a residential mortgage book supported by the “stable serviceability prospects of its member base”.

S&P noted Defence Bank’s 8% loan growth last year that was more than twice that of the banking system, and predicted loan growth would remain above system over the next two years.

“With these very strong fundamentals and clear strategy, we are well positioned for the future which will involve convincing more Australians to bank with us,” Marshall said.

“S&P has noted our very strong ties to the Defence community, and we are seeking to expand our reach in a considered albeit innovative way.”

Why our award-winning banking app is one of Australia’s highest rated.

Learn about the features that have led members to rate our app 4.8 out of 5 stars on the App Store and Google Play.

Credit rating agency Moody's has given Defence Bank a rating of Baa1 | Stable | P-2 due to strong asset quality, good capitalisation and profitability. 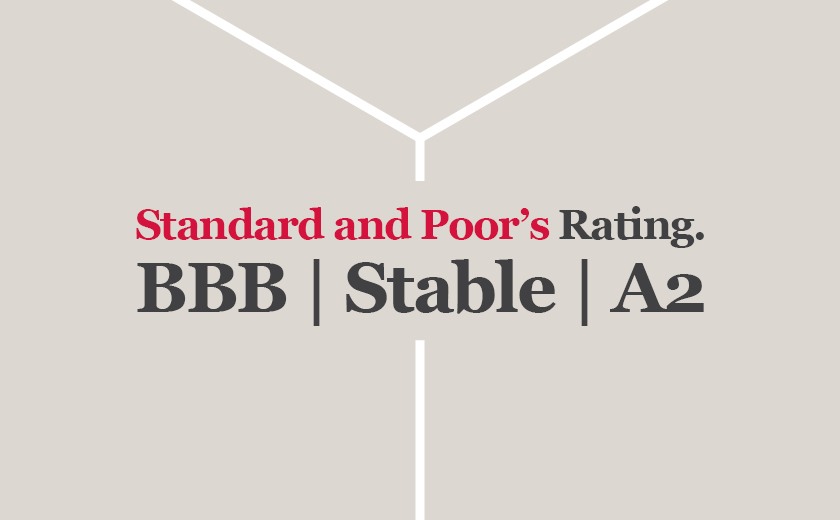 S&P rating a show of strength for Defence Bank.

Standard and Poor’s (S&P) recently affirmed Defence Bank Limited credit rating as BBB | Stable | A2 – one of the highest S&P ratings assigned to only a select few Mutual Banks in Australia.