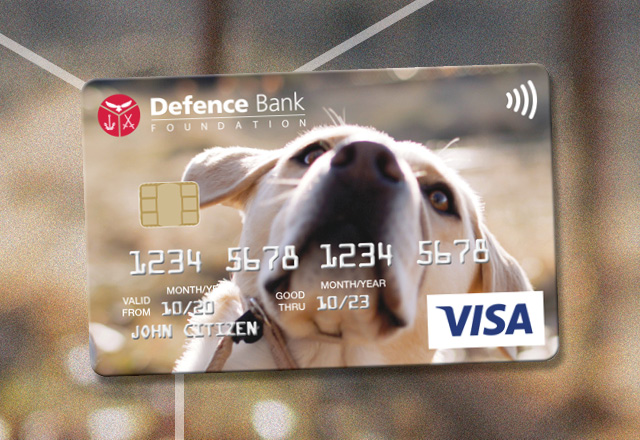 Bruce was surrendered to Lab Rescue from a Sydney vet. He was picked up wandering the streets and was not micro-chipped. During his foster period he was housed with a family who had young children and other dogs.

Bruce has an independant spirit and benefits from structure, routine and consistency. He is a curious dog who likes to investigate things and thoroughly enjoys having a job.

Bruce is a happy, outgoing and stable dog. He has a strong food drive and would prefer a food reward over excessive affection or rough play.

Bruce loves playing with a ball and being chased. When he first started in the Defence Community Dogs’ program with his inmate handler, he became very fond of water play and swimming. After taking a few weeks to develop a bond, he became devoted to his handler. Bruce finds comfort in sitting close by his handler.

Intially, Bruce displayed some anxiety and nervousness around crossing the street and cars. This suggests he might have had a close call in traffic, so his initial training focused on successfully desensitising him to this.

Bruce is happy to sleep indoors, particularly if he is in the same room as his veteran. He loves his sleep and is usually ready for bed at around 8pm, and rising no earlier than 8am.

Bruce’s ideal daily exercise would include walking, jogging, swimming, and training. Bruce really likes toys and this type of play can be included in his exercise such as ball retrieval. 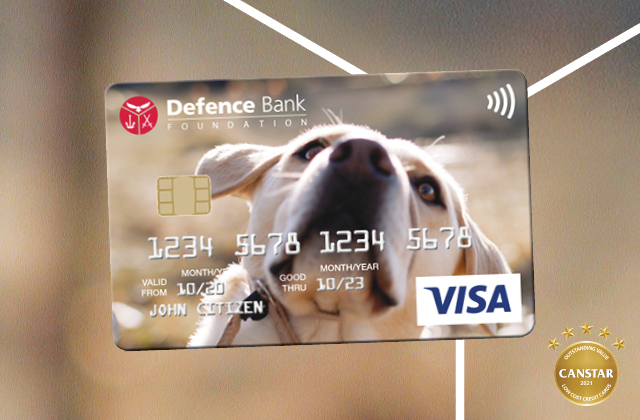 The credit card that has tails wagging.

Half your $45 annual fee goes to a worthy cause.